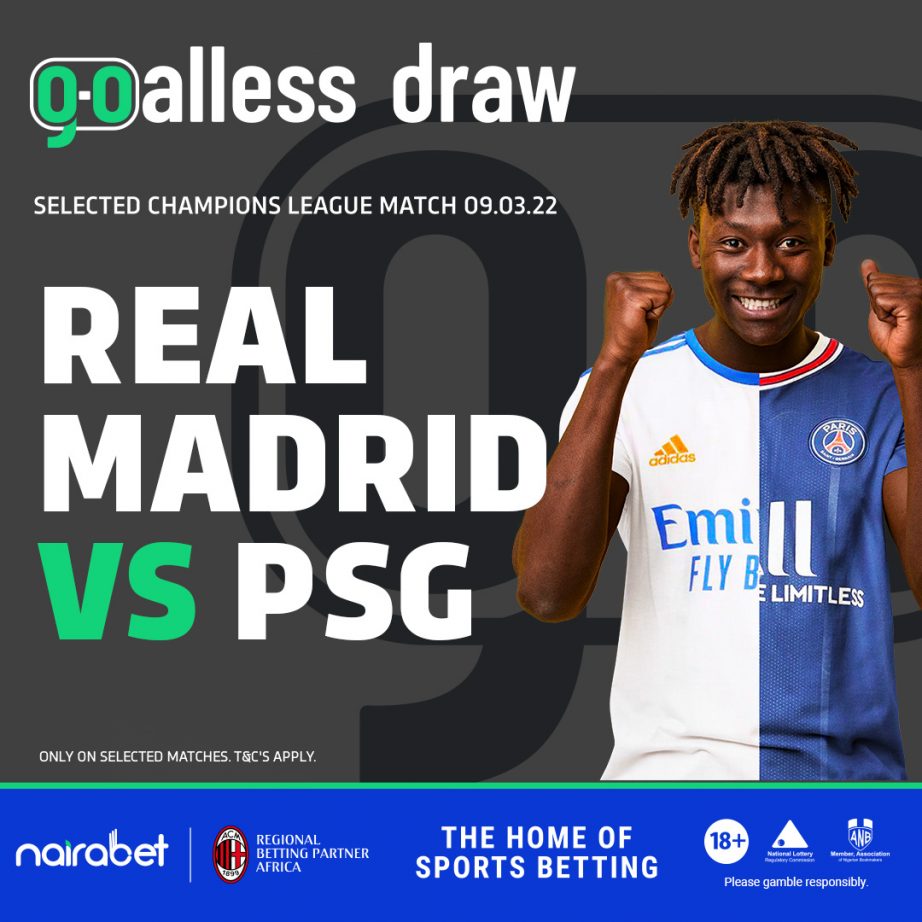 Today marks the second leg of the round of 16 clash between two European powerhouses Real Madrid & PSG. The French Champions travel to the Spanish capital with a narrow advantage after winning the first leg 1-0 in Paris last month, thanks to Kylian Mbappe’s stunning 94th minute winner.

PSG have never won the Champions League but an early knockout clash against the UCL’s most successful team is a huge test of Mauricio Pochettino’s men.

Can Madrid wreak vengeance on their own patch? Will PSG fight through and carrying on their European title purge?

Team News:
Madrid play without the suspended Casemiro and Ferland Mendy. Marcelo and Toni Kroos are major injury doubts this evening, enhancing PSG’s chances of progressing but they enter today’s clash in good form however. Since the first fixture, real have since claimed three La Liga wins on the bounce. One of them including a thumping 4-1 victory over Real Sociedad on Saturday.

Key players Messi, Mbappe and Neymar are all set to start. They’ll be alongside fine supporting acts Marco Verratti, Kimpembe and Marcquinhos. PSG enter the clash on the back of a loss after they were beaten by Nice in Ligue 1. The Underdogs secured a 1-0 victory against the Parisiens.

Things to note before the big clash:
The match is scheduled for an 8pm GMT kick-off.
The players will kick off at the Estadio Santiago Bernabeu this evening.

Pre-Match Thoughts:
Mbappe was the stand out difference in Paris. Similarly, he’ll be fired up to impress again tonight in Madrid.

Los Blancos weren’t at their best in Paris but yet only suffered a one-goal defeat. Carlo Ancelotti has got the Spanish giants purring again and who would count out Real Madrid at home on a Champions League night?

Place your bets now with Nigeria’s #1 choice for Sports Betting below:

Click HERE for the best odds on the game!

Remember, if the fixture ends in a draw (0-0), your match selection will be treated as void and the bet goes forward as a normal Accumulator without that fixture.